To get to the Shwe Indein Pagoda, one must come to Myanmar in the rainy season, and wind by boat from Inle Lake down eight kilometers of twisting canal.
In the winter, the water is too shallow for travellers, making the already remote site even more so.

Upon disembarking, a visitor will discover a hillside complex containing over 1,600 Buddhist stupas, some of mud and stone, some intricately carved, some gilded with precious metals. While several have been restored, many have been reclaimed by the surrounding jungle and lay partially crumbled, covered in creeping greenery.

These structures date from the 14th to the 18th centuries and are typical of Burmese zedi. Like others found across the region, the stupas feature fantastical creatures like chinthe - mythic lion-like beings that protect sacred spaces. These were (and remain) sites for contemplation and meditation and many contain relics inside their bases.

The first stupas at Indein were likely commissioned during the reign of King Narapatisithu, although according to legend, it was King Ashoka - the Indian emperor responsible for spreading Buddhism across much of Asia - who first designated this as a site of particular spiritual importance. Hundreds of years later, that distinction is completely obvious. The sea of ornate spires coupled with the view over the lake and surrounding calm lend this spot an unquestionably mystic, reflective air. 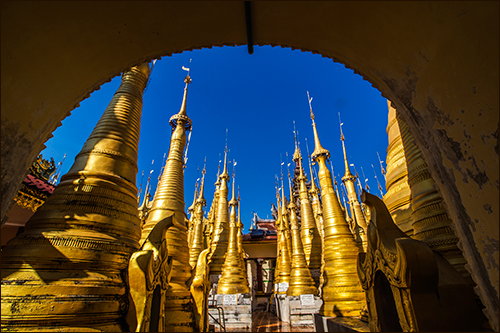 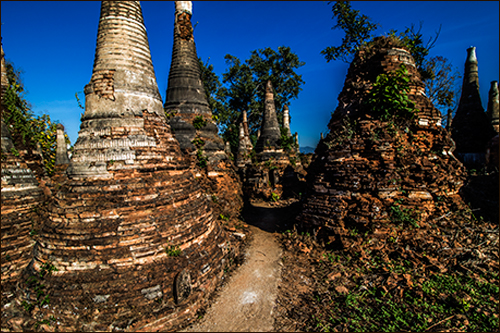 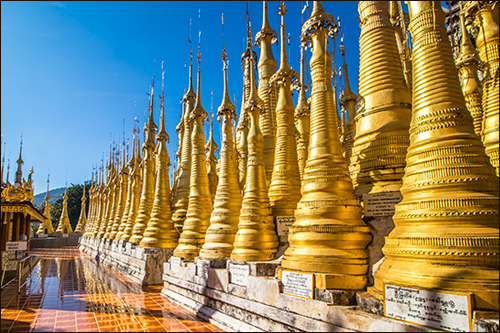 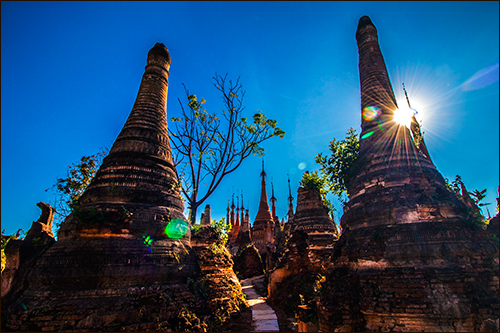 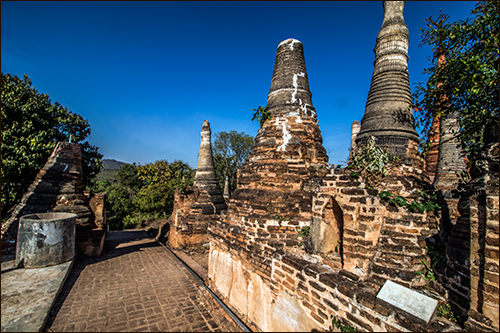 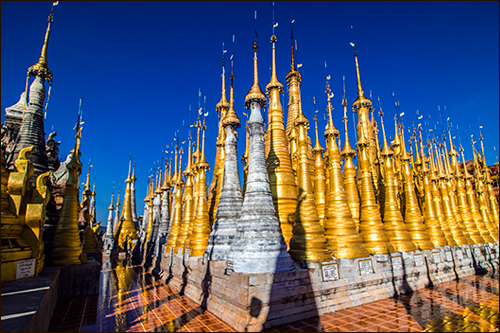 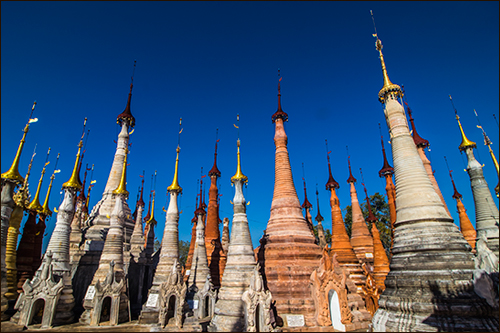